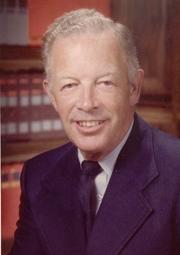 Obituary of Bernard A. Hutchins

Bernard A. Hutchins Sr. of Honeoye Falls died October 3, 2014 at age 99. Bernie was born in Norway, Maine on September 11, 1915 the son of the late Bert L. and Mae (Emerson) Hutchins. He was a chemist and lab manager at Eastman Kodak for 45 years, and operated a farm in Livonia. He was predeceased by his wife Leah (Gardner) Hutchins and two brothers; he is survived by his sister-in-law, Joyce Hutchins of Florida; his three children, Vivien Terry of Rochester, Bernard Jr. (Jinyong) of Ithaca, and Bert of Ohio; as well as five grandchildren and several great-grandchildren. Private funeral arrangements at the convenience of the family. In lieu of flowers, donations may be made to the Greece Ecumenical Food Shelf, 500 Maiden Lane, Rochester, NY 14616.
To plant a tree in memory of Bernard Hutchins, please visit Tribute Store
Services for Bernard Hutchins
There are no events scheduled. You can still show your support by planting a tree in memory of Bernard Hutchins.
Visit the Tribute Store

Share Your Memory of
Bernard
Upload Your Memory View All Memories
Be the first to upload a memory!
Share A Memory
Plant a Tree