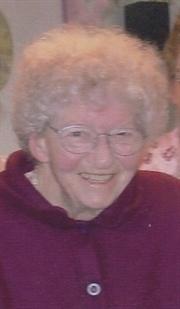 Arleen S. Lord of Honeoye Falls, died March 8, 2009 at age 89. She was predeceased by her husband A. Leslie Lord on February 3, 2006. Arleen was born January 21, 1920 in West Bloomfield, NY, the daughter of Clyde and Frances Muriel Jopson Sackett. She was a graduate of Honeoye Falls School and Geneseo Normal School. Arleen taught school for a short time and was Librarian at the Mendon Public Library. She was a member of the First Presbyterian Church of Honeoye Falls She is survived by her children, David (Nancy) Lord, Bruce Lord, Douglas Lord and Roberta (Harrison) Stanton. 9 grandchildren and 13 great grandchildren. Sisters, Marjorie Denis, Elizabeth (Hilton) Hayward, Jingles Lally and Jean (George) Junot. Sister in law Mildred Sackett. Several niece and nephews. No prior calling. Her Service will be held, Friday, March 13, 2009 at 3 pm at the First Presbyterian Church of Honeoye Falls, 27 N. Main Street where a reception will follow in Guild Hall. Private burial, North Bloomfield Cemetery. Memorials may be made to the First Presbyterian Church of Honeoye Falls, P.O. Box 568 or the Mendon Public Library, 15 Monroe Street, Honeoye Falls, NY 14472.
To plant a tree in memory of Arleen Lord, please visit Tribute Store
Services for Arleen Lord
There are no events scheduled. You can still show your support by planting a tree in memory of Arleen Lord.
Visit the Tribute Store

Share Your Memory of
Arleen
Upload Your Memory View All Memories
Be the first to upload a memory!
Share A Memory
Plant a Tree