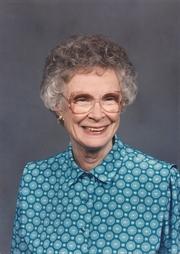 Doris P. Benoit of Rochester died, Sunday, March 15, 2009 at The Friendly Home in Rochester where she had been a resident for about a year. She was 89. Born Doris Louise Halsey in Pulaski, NY in 1920 to Roy and Florence Halsey, Mrs. Benoit was adopted at the age of three weeks by her uncle and aunt W.E. Pond and Della Pond following the death of her birth mother from the flu. Mrs. Benoit attended grade school and high school in Adams Center, NY and graduated from Potsdam Normal School in 1940. She taught for one year in a one-room schoolhouse in E. Watertown, NY following her graduation from Potsdam. She was married in 1941 to Paul G. Benoit, who was then a lieutenant in the United states Army. Mr. Benoit died in 2003. In 1964 she received her Bachelor of Science degree from the State University of New York at Oswego, and later did graduate work in library science at Syracuse University. A long time resident of Phoenix, NY, Mrs. Benoit worked for many years as an elementary school librarian in the Phoenix Central School System and the Liverpool School District. Mrs. Benoit was active for many years in the Order of Eastern Star, where she served as RW Grand Chaplain of O.E.S. for the State of New York. She also served for many years as a Hospice volunteer. Mrs. Benoit is survived by her four children; Philip Benoit of Lancaster, PA; Douglas Benoit of Phoenix, NY; Judith Cole of Burlington, VT and sue Benoit Miller of Pittsford, NY. Four grandchildren: Kimberly Guidea of Belton, MO; Marie Dillon of Newton, MA; Rebecca Miller of Baldwinsville, NY and Christopher Miller of State College, PA. One great grandson, Ion Guidea of Benton, MO. A Funeral Service will be held Wednesday, March 18, 2009 at the United Church of Pittsford, 123 S. Main Street, Pittsford, NY at 1 pm. In lieu of flowers, memorials to, Lifetime Care Hospice of Rochester, 3111 Winton Road South, Rochester, NY, 14623. Burial, South Richland Cemetery, Fernwood, NY later in the spring.
To plant a tree in memory of Doris Benoit, please visit Tribute Store
Services for Doris Benoit
There are no events scheduled. You can still show your support by planting a tree in memory of Doris Benoit.
Visit the Tribute Store

Share Your Memory of
Doris
Upload Your Memory View All Memories
Be the first to upload a memory!
Share A Memory
Plant a Tree