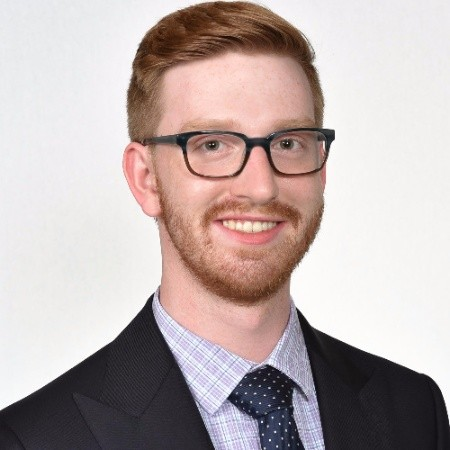 Christopher W. Torrey, 25, of Euclid Ohio, formerly of Mendon NY, passed away unexpectedly on 11/16/19. Chris was predeceased by paternal grandparents, James and Ruth Torrey and his maternal grandfather Lawrence G. Klink. He is survived by his maternal grandmother, Georgene Heckle, mother Suzanne (Irene), father Arthur (Gisela), older brother Ian (Carolyn), sisters Pamela and Friederike and numerous aunts, uncles and cousins. Chris grew up in Mendon, attended Honeoye Falls-Lima Schools, member of the class of 2012 and later attended the University of Rochester where he studied genetics. He was employed by Mac-Ave and later Apple Computer. In late 2015, Chris relocated to Euclid Ohio, where he continued in the employ of Apple Computer and subsequently became a contractor in the IT industry in New York City and in Cleveland. Chris had many interests. As a youth he was very interested in science fiction and history and was an expert on the back stories of many of the popular series of the day and was full of trivia about historical events. As an adult, he was a technophile, a strong supporter of gay rights and had an enduring interest in the history and development of obsolete, antique firearms of the 17th to early 20th centruries. He made friends easily and had many. His wry humor and easy manner will be sorely missed by those close to him. Unfortunately, Christopher will also be remembered as a statistic. When Christopher graduated from high school his goal was to go to the University of Rochester to study genetics. Along Christopher's journey, he made a bad decision to experiment with prescription opioids. This eventually led him to the world of hard drugs. Even though his story has come to a sad and untimely end, if a life can be saved because his was lost, his goal of helping others may and will carry on. (If you have a loved one struggling with addiction, be assured that there are resources that can help. Please don't be afraid of risking a friendship by keeping silent – you may end up losing a friend.) Please also join us in our celebration of life service in remembering and honoring Christopher this Saturday, November 30, at Merton H. Kays Funeral Home, 59 Monroe Street in Honeoye FallsC with calling hours from 10AM to 2PM followed by a Funeral service immediately following at 2 pm. Interment plans are incomplete. In lieu of flowers, the family requests that memorial contributions be made to Crosswinds Wesleyan Church 'Celebrate Recovery' and 'Landing' ministries.
To send flowers to the family or plant a tree in memory of Christopher Torrey, please visit Tribute Store
Saturday
30
November

Share Your Memory of
Christopher
Upload Your Memory View All Memories
Be the first to upload a memory!
Share A Memory
Send Flowers
Plant a Tree