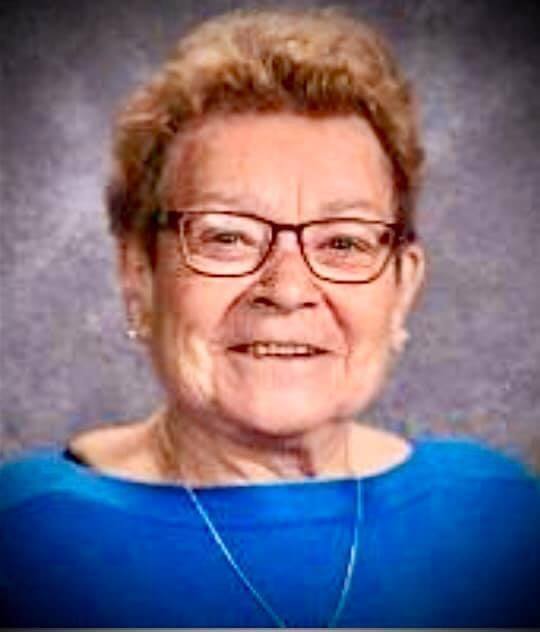 HONEOYE FALLS, NY – Nancy Jean McGuire Pool passed away peacefully on Friday, April 16, 2021, at the age of 74. She is survived by her beloved sons, James (Michelle), and Michael (Alissa), as well as five grandchildren whom she adored more than anything: Ryan, Jake, Devin, Dylan and Braeden. She was preceded in death by her parents James and Lucille, along with her brother, James (Melba). Known by several names: Mom, Nini, Nancy, Mickey and to many, simply Mrs. Pool; she passed as she lived—cherished by family and friends. Through the end, her unwavering love and devotion to her family and friends, the community and to her students was beyond comparison. Born and raised in Honeoye Falls, she was the proud daughter of James and Lucille McGuire where she lived on North Main Street. After graduating from HF-L, she went on to Paul Smith's College and then to SUNY Brockport. In the early 1970's, Nancy returned to Honeoye Falls, where she raised her boys on Ontario Street and became a beloved member of the community. For the past twenty-five years she worked in the main office at the Honeoye Falls-Lima High School. Here she took on many roles, administrative assistant, advisor, friend, organizer, chaperone, coach, mentor and most notable, surrogate mother to countless students. To her friends she was Nancy, to her students she was Mrs. Pool, and to her grandchildren she was Nini. We all thought the world of her. Try as we might, no combination of words can do justice to her life, nor express the magnitude of our grief. Mom's impact on people was remarkable and long-lasting. She was always trying to improve others and led by example. Her best qualities loomed so large that they need not be exaggerated. Her patience was inexhaustible. She made friends, lots of them, and invested in them until the day she died. She was fiercely loyal, and she did kind things for people who needed kind things done, without hesitation or expectation. Most of all, she saw the best in people, never giving up on them. The impact that she had on this world will last far longer than the 74 years she was in it. We invite you all to join us for calling hours to celebrate her life, share memories, and tell stories at Merton Kays Funeral Home in Honeoye Falls on Friday, April 23rd, from 3 to 7 p.m. We also hope you can join us for a memorial service at St. Paul of the Cross in Honeoye Falls on Saturday, April 24th at 10 a.m. As a proud member of the HF-L Alumni Hall of Fame, in lieu of flowers, please consider donating in her honor to the Honeoye Falls-Lima Sports Boosters Club PO Box 27, Honeoye Falls, New York 14472.
To send flowers to the family or plant a tree in memory of Nancy Pool, please visit Tribute Store
Friday
23
April

Share Your Memory of
Nancy
Upload Your Memory View All Memories
Be the first to upload a memory!
Share A Memory
Send Flowers
Plant a Tree