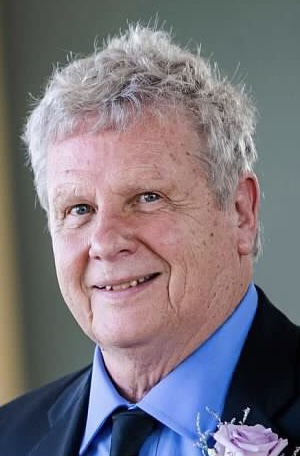 Obituary of Harrison A. VanBeuren

Harrison A. VanBeuren Honeoye Falls: Monday, July 26, 2021, a few days shy of his 78th birthday. Harry was predeceased by his parents, Grace and John VanBeuren; sister and brother-in-law, Nancy (Sam) Bowser; sister-in-law, Renate VanBeuren. Harry is survived by his beloved daughters, Maia (Jeremy) Wolfanger of West Bloomfield and Krista (Donald) Flynn of Honeoye Falls; grandchildren, Matthew and Jana Flynn, John and Cole Wolfanger; brothers J. Barry VanBeuren and Martin (Marlene) VanBeuren; sister Deborah VanBeuren; companion Jean Schoenthal; cats, Holly and Noel; ex-wife Katherine (Thomas Suter) Gilda. Harry was born and raised in Middletown, NY. After high school graduation, he attended the NYS Ranger School, a forestry and land surveying program, in Wanakena, NY. He then began an almost 40 year career as a NYS Land Surveyor with the NYS Department of Environmental Conservation in various locations throughout the state, retiring from the East Avon DEC location in 2001. Harry served in the US Army National Guard in the 1960's. Harry loved working on his classic antique autos and anything to do with car motors. Several of the family autos were from the 1950's. His love of the outdoors and the Adirondack Mountains was palpable. Harry took Maia and Krista on many camping trips in the Adirondacks and spring break trips to fun destinations in the south. Several years ago, he started spending his summers in the Adirondacks and loved when the family would visit him at his house in beautiful Newcomb, NY. Harry was a kind and gentle soul and selfless to a fault. He loved his daughters and grandchildren more than life itself and would do anything for them. Harry will be profoundly and deeply missed. Friends may call Thursday, August 5, 2021 from 4-7 pm at the Merton H. Kays Funeral Home, Inc., 59 Monroe Street, Honeoye Falls. Interment will be held privately. In lieu of flowers, please consider donating in Harry's memory to: Adirondack Experience, The Museum on Blue Mountain Lake, 9097 State Route 30, P.O. Box 99, Blue Mountain Lake, NY 12812 (518-352-7311) or UR Medicine Hospice (2180 Empire Blvd. Webster, NY 14580) or the charity of your choice. To leave a condolence, please visit www.mertonkaysfuneralhome.com

Share Your Memory of
Harrison
Upload Your Memory View All Memories
Be the first to upload a memory!
Share A Memory