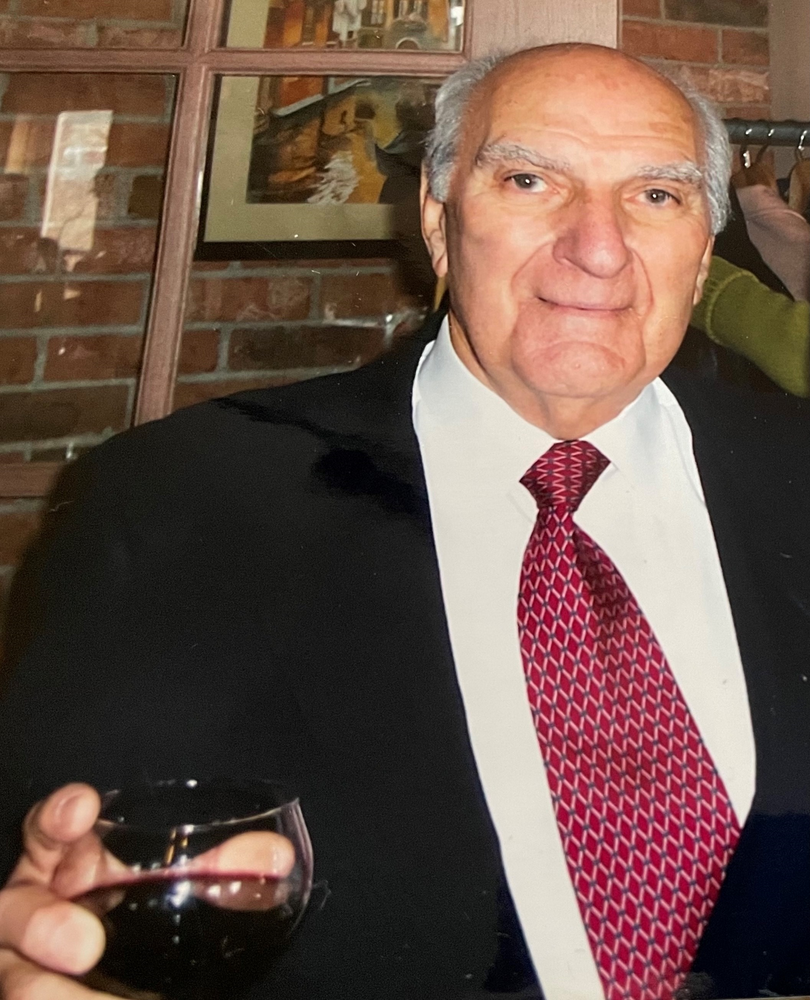 Francesco, Michael "Mike" J. Sr. Canandaigua - on September 21, 2021 at the age of 97. Predeceased by his wife of 63 years, Rose "Corky" (Corletta); his son Michael J. Francesco Jr. and his brothers Patsy and Angelo. Mike is survived by his sister Rose; brother Vito "Pete," daughter Karla F. Boyce (Chris Denninger); grandchildren Caroline Brokaw (Alex Brokaw), Andrew and Katherine Boyce and Gregory Francesco; and great-grandchildren Harper and Grayson Brokaw. Mike was born on April 6, 1924 on a farm in North Bloomfield, NY to Angelo and Giovannina (Mantegna) Francesca. Mike attended elementary school in a one-room schoolhouse, where he was outshone by his older sister Rose who he described as "the brains," before graduating from Honeoye Falls High School. He then served in World War II in the Army Air Corps as a mechanic on the island of Tinian. Shortly after returning home from the service, Mike met the love of his life Rose "Corky" Corletta while out on a walk on Waverly Place in Rochester one fateful day. Their love grew quickly and the two were married on February 15, 1947; they were inseparable until Rose's death on October 26, 2010. Mike was a lifelong entrepreneur – he started his career at the Gannett Corporation, while simultaneously attending night school at RIT and running a side-business selling appliances to his coworkers. This formed the inspiration for his furniture store, Pamco, which he ran with his wife, Rose, for more than twenty-five years. In his semi-retirement, he designed and built store fronts and homes at Mendon Square with his son, Michael Jr. Mike enjoyed a wide range of hobbies in his leisure time, including golf, his crowning achievement being an ace on the 5th hole of the East Course at Oak Hill Country Club, of which he was a member for 40+ years; opera music (listening usually, singing only when encouraged after a few glasses of wine); skiing (mostly après ski with family at their chalet) at HoliMont, of which he was a founding member and visionary for the Sunset expansion; tending to apple, pear, cherry and even Christmas trees at his home in Mendon; and wine (always red, to which he credited his health and long life). Mike was a man who valued doing things the right way and always put people first. He was full of gratitude and had many amusing and thankful anecdotes of everyone who helped him along his journey (ask any of his family members about his very first job on the Lehigh Station Railroad). Most of all, he was a devoted family man who enjoyed spending his retirement with his grandchildren and great-grandchildren, and spent every possible moment with his beloved "Corky" during her long battle with Alzheimer's. He will be greatly missed. Mike's Funeral Mass will be celebrated on Friday, September 24 at 9:30AM at St. Catherine of Siena, 26 Mendon-Ionia Rd, Mendon. Interment to follow at Pine Hill Cemetery. In lieu of flowers, kindly consider donating in Mike's name to McQuaid Jesuit, 1800 S. Clinton Ave., Rochester or the American Legion Falls Post #664, 167 N Main St., Honeoye Falls.
To send flowers to the family or plant a tree in memory of Michael Francesco, please visit Tribute Store
Friday
24
September

Share Your Memory of
Michael
Upload Your Memory View All Memories
Be the first to upload a memory!
Share A Memory
Send Flowers
Plant a Tree