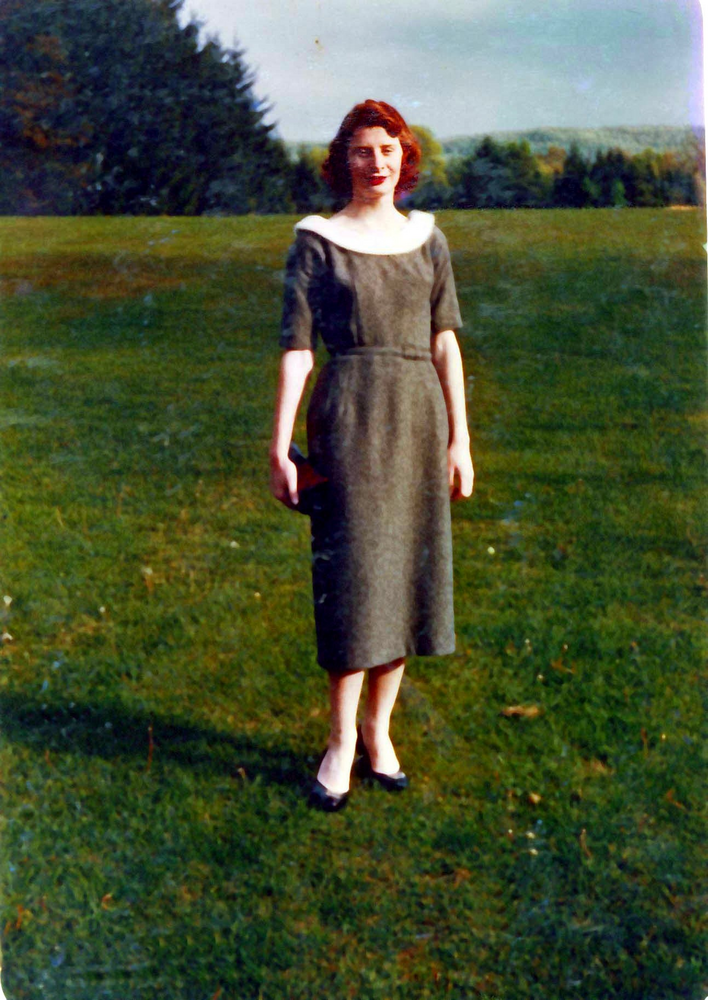 Josephine Elizabeth Dolan, known to friends as "Jo", went to be with her Lord, on December 9, 2021. She was 88 years old. Josephine is predeceased by her husband, Robert V. Dolan, her ten siblings, and her grandson, Giorgio Daniel Bracaglia. She is survived by her children: Robert P. (Pamela) Dolan, Kenneth (Kerry) Dolan, Kathleen (Rick) Wray, Michael (Holly) Dolan, Mary (Frank) Paglianite, and Joni (Giorgio) Bracaglia. Jo and Robert were blessed to have 17 grandchildren and four great-grandchildren: Amanda (Ky) Dolan; Rick Wray; Joan Dolan; Blake (Lisa) Wray; Andrew (Michele) Wray; Corey (Sophie) Dolan, Christian Dolan; Kerry Dolan; Giorgio Daniel Bracaglia, Jr.; Madison (Cameron) Bracaglia-Ralg; Kelsey Dolan; Kristina Bracaglia; Patrick Dolan; Mollie Dolan; Casey Dolan; Gina Paglianite; Julianne Paglianite. Great-grandchildren: Blake Wray II; Brooklynn Wray; Willow Dolan; and Ember Dolan. Josephine was born to the late Nora and Patrick Quigley in Galway, Ireland, on August 7, 1933. The family emigrated to Brooklyn, New York, when she was a young girl. Jo grew up in Flatbush and attended Catherine Macauley High School. Following graduation, Jo worked in Manhattan for the FBI. She married in 1954, started a family, and, in 1966, relocated to Rochester, NY, where she raised her family. She worked at Sears Roebuck, and later retired from the Central Trust Company. In 1992, she and Robert relocated again to Lansing, NY, where they spent much of their retirement years. A brief move to Florida was followed in 2014 to their final relocation in Honeoye Falls, NY. She was married to the late Robert V. Dolan for 61 years until his death in 2015. Josephine was a gentle and soft-spoken soul. She was an avid poet and writer, specializing in creative, homemade cards. She enjoyed long, reflective walks outside where she could be with nature. Her large family brought her much joy and she especially enjoyed time spent with her many grandchildren. Jo was active in her political party and the Catholic Church and many volunteering groups throughout her years. She gave generously to many charities as well. She is known for her striking red hair, crystal blue eyes, and unparalleled listening skills. It goes without saying that Jo Dolan was a loving and dedicated mother and wife. She was a creative and kind person who spread love to all who knew her. She will be deeply missed and remembered forever. A funeral mass will be held on Tuesday, December 14, 2021, at 10:30 am at St. Paul of the Cross Catholic Church in Honeoye Falls, NY. In lieu of flowers donations may be made to the Alzheimer's Association.
To send flowers to the family or plant a tree in memory of Josephine Dolan, please visit Tribute Store
Tuesday
14
December

Share Your Memory of
Josephine
Upload Your Memory View All Memories
Be the first to upload a memory!
Share A Memory
Send Flowers
Plant a Tree