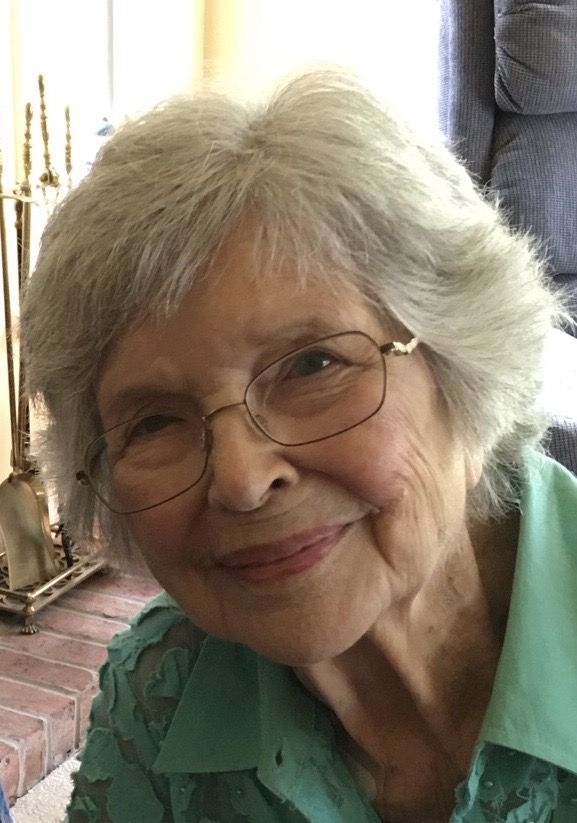 June Norman Emblidge Rush/Honeoye Falls – on September 16, at age 92, surrounded by her loving family at her home. June's death came just three days after the passing of Roger Emblidge, her beloved husband of 61 years. She is also predeceased by her parents, Thomas G. and Harriet Norman, and daughter Nancy Mamdani. Survived by children and their spouses, David and Debbie Hunt, Laurie Hunt and Dr. Laurence Sugarman, Doug and Coleen Emblidge, Mark and Beth Emblidge; son-in-law Nizar Mamdani; grandchildren Amira and Jamil Mamdani, Brian and Lisa Hunt, Zach (Allison Beckwith) Auburn, Emily (Frank) Puccia, Emily (Josh) Yosuico, Erin (Josh) Monster, Molly (Danny) Pluta, Jeffrey (Kaila) Emblidge, Sydney Emblidge; great grandchildren Jax and Summer Puccia, Jake Yosuico, Nolan and Levi Monster, and "Baby Pluta," due in October. Also survived by her brother and sister-in-law Thomas S. and Dolores Norman of Greece, and many friends, new and old. June was born in and grew up on the west side of Rochester. She graduated from Madison High School in 1945, and married Roger in 1959. They built their family home in Rush where they lived for the last 58 years. June and Roger worked side by side at their store, the former Emblidge Pharmacy, in Honeoye Falls. June was adored and respected by all who knew her. She will be remembered for her ever-present smile, and the time she took to truly enjoy the company of others. At Rush-Henrietta Roth High School, June was the "costume lady" for theater productions in the 1970s and 80s. She was a life-long learner who started harp lessons in her 50s, and Japanese language lessons in her 70s. June modeled civility, class, patience, kindness, humility and humor for her children. Her grandchildren and great grandchildren will be blessed with memories of gatherings at Grandma and Grandpa's house, including game nights, pool parties and her reading of the Dr. Seuss book "Did I Ever Tell You How Lucky You Are?" We are very lucky indeed. In lieu of flowers, please consider donating to the Pluta Cancer Center Foundation (125 Red Creek Drive, Suite 205B, Rochester, NY, 14623) Lifespan (1900 S. Clinton Avenue Rochester, NY 14618) or WXXI Member Services (PO Box 20570, Rochester, NY, 14602) The family will gather for a private service and burial for June and Roger this week. A larger memorial celebration is being planned for next year.

Share Your Memory of
June
Upload Your Memory View All Memories
Be the first to upload a memory!