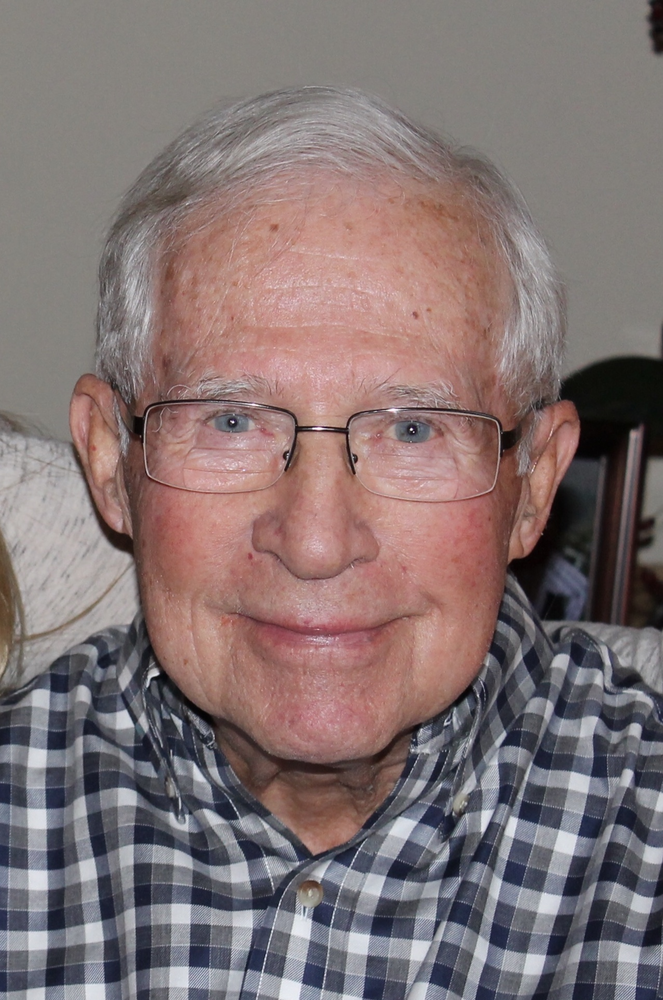 Roger Norman Emblidge Rush/Honeoye Falls- on September 13, 2020. Roger, 93, died surrounded by family, with his wife June holding his hand. After 61 years of marriage, she followed him to Heaven just three days later. Predeceased by his parents, Norman and Mildred, sister Carolyn (Pallett/Cox), and daughter Nancy Mamdani. He is survived by children David (Debbie) Hunt, Laurie Hunt (Laurence Sugarman), Doug (Coleen), Mark (Beth), and son-in-law Nizar Mamdani; grandchildren Amira and Jamil Mamdani, Brian and Lisa Hunt, Zach Auburn (Allison Beckwith), Emily (Frank) Puccia, Erin (Josh) Monster, Molly (Danny) Pluta, Jeffrey (Kaila) Emblidge, Emily (Josh) Yosuico, and Sydney Emblidge; great grandchildren Nolan and Levi Monster, Jax and Summer Puccia, Jake Yosuico, and "Baby Girl Pluta," due in October. He is also survived by his brother-in-law Tom (Dolores) Norman, other extended family members, and many friends. Born in Buffalo, Roger moved to Rochester, where he graduated from Charlotte High School. He served in the US Navy, attended Colgate University, and went to University of Buffalo for pharmacy school. He spent most of his pharmacy career at his own store, Emblidge Pharmacy, in Honeoye Falls. An avid golfer, Roger was a member of Lima Country Club, where he played in a weekly league for more than five decades and won several league championships; he was still playing until two months before his death. He could recount every shot from his last round, shot his age several times, and had his only hole-in-one in his seventies! When he wasn't on the links, he loved entertaining his grandkids, playing cards, and cheering for the Buffalo Bills and Sabres, Atlanta Braves, and Syracuse Orange. He was a loving husband and true "gentle" man with a subtle sense of humor. His family misses him already. In lieu of flowers, please consider donating to the Pluta Cancer Center Foundation (125 Red Creek Drive, Suite 205B, Rochester, NY, 14623) Lifespan (1900 S. Clinton Avenue Rochester, NY 14618) or WXXI Member Services (PO Box 20570, Rochester, NY, 14602). The family will gather for a private service and burial for June and Roger this week. A larger memorial celebration is being planned for next year.

Share Your Memory of
Roger
Upload Your Memory View All Memories
Be the first to upload a memory!
Share A Memory